Opening ceremony of the new Depaul Ukraine centre in Kyiv

On October 06, 2022 a wonderful event took place in Kyiv, as Depaul Ukraine Foundation officially opened a centre that will provide a range of services for internally displaced persons in Kyiv, including assistance for children and families to cope with trauma during combat and military actions.

Opening ceremony was started by the Executive Director of Depaul Ukraine Fr. Vitalii Novak CM. He made a short historical tour about the beginning of Depaul Ukraine back in 2006 in Kharkiv. Father Vitalii emphasized that it was Depaul International that responded to needs at that time, and with the assistance of the British Embassy continues to help and support humanitarian initiatives of Depaul Ukraine now, when Ukrainian people suffer from Russia’s unfair war against Ukraine.

After Fr. Vitalii’s speech, Mr. Matthew Carter, Group CEO Depaul International, got the word. He arrived in advance to visit Ukraine, and he has already visited Bukovyna, where employees of Depaul branch work in Zalucha orphanage for people with disabilities, and Odesa, where employees of Depaul Ukraine carry out effective work helping the needy in this difficult time. Mr. Matthew expressed the solidarity of Depaul International and the people of Great Britain with the Ukrainian people. During the war, there was an urgent need to help the people who suffered and were forced to leave their homes, displaced persons and other people who required humanitarian aid. He shared his impressions after visiting several destroyed settlements in Kyiv Region and concluded with the words: We are helping and we will help, because we are like a family…

Deputy Head of Mission at the British Embassy in Ukraine Mr. Nicolas Harrocks also expressed his support. He thanked Depaul Ukraine for their work and expressed both gratitude and respect for the assistance of Depaul International and the people of the United Kingdom of Great Britain for their support and assistance in this difficult time for Ukraine.

Finally, Director of the Depaul branch in Kyiv, Mr. Dmytro Opalev once again thanked everyone for their help, sincerely congratulated all those present. Then CEO Depaul International Matthew Carter and Deputy Head of Mission at the British Embassy in Ukraine Mr. Nicolas Harrocks cut a ribbon symbolizing the official opening of the centre.

We were especially pleased to see at the opening those people for whom this assistance centre was founded: refugees, displaced persons, and people who came to get help.

After the official part of the event, all the participants were invited to a modest treat.

So let us ask in the prayers to St. Vincent de Paul for intercession before the Lord, so that the service, which will take place in this centre, was fruitful. 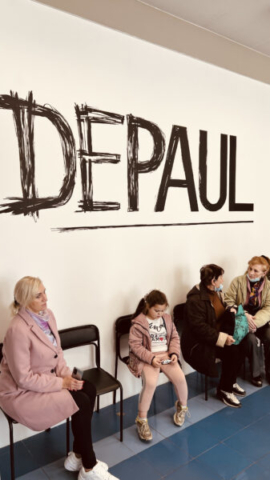 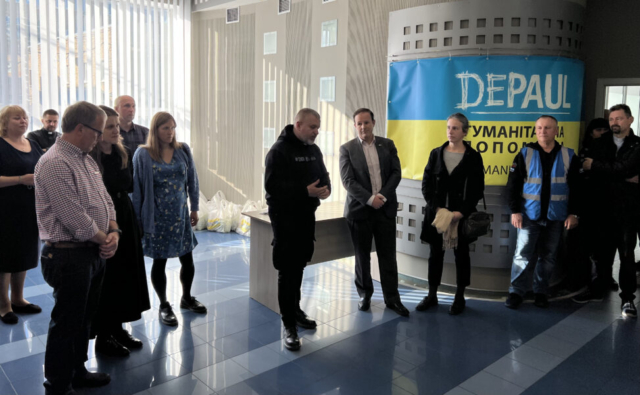 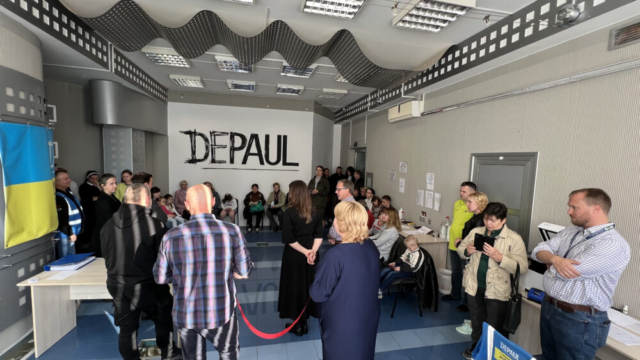 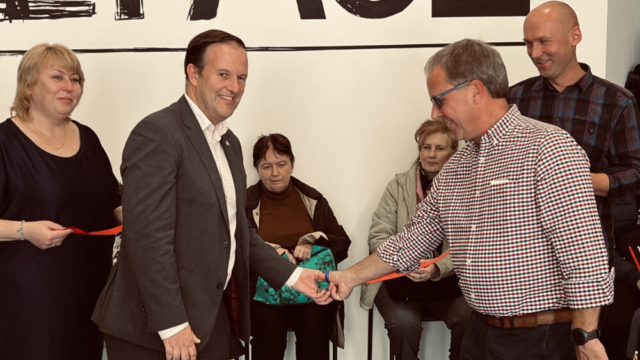 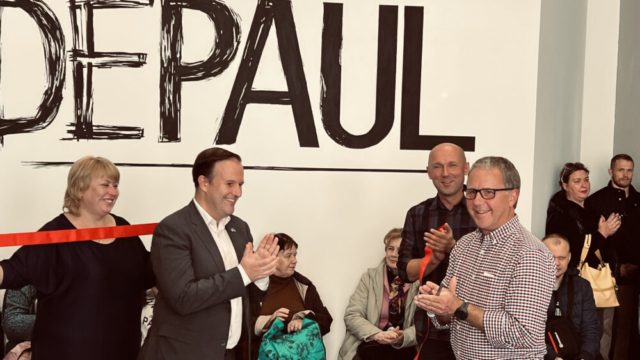 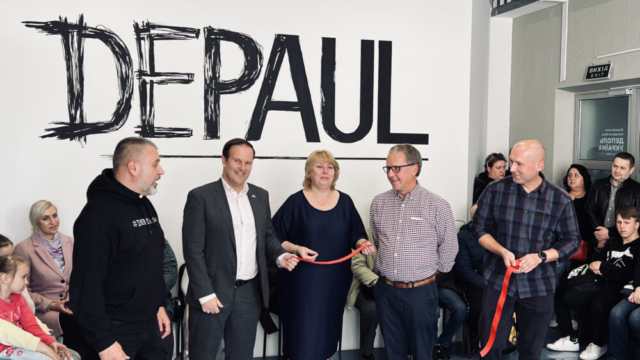 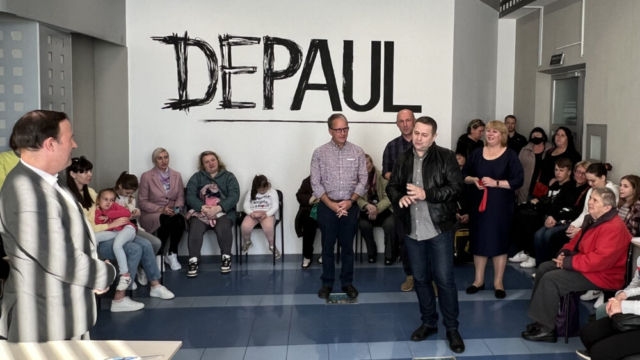 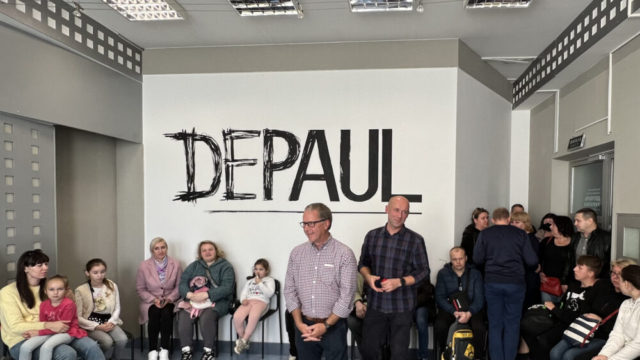 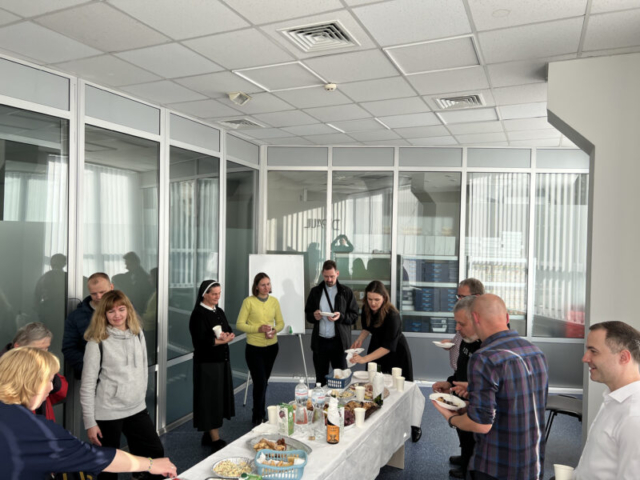 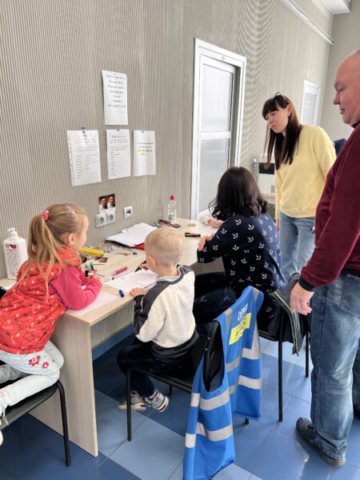 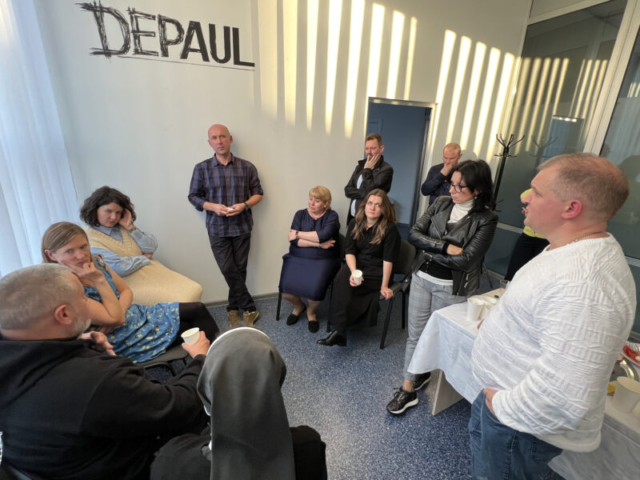 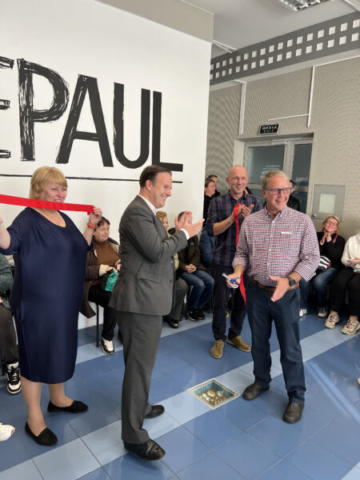