Головна > ABOUT US > History of the Vice-Province

History of the Vice-Province

The activity of the Missionaries of St. Vincent de Paul in Eastern Europe dates back to 1651, when the founder of the Congregation, St. Vincent de Paul, was still living. At first priests worked within the territory of Poland. Gradually their work expanded and spread farther eastward. At the time priests ran a seminary in Vilnius, and new missionary centers emerged in Belarus, Ukraine and Russia. After the Revolution of 1917 the Missionaries were forced to leave the localities of their pastoral activity. The Communist era did not allow for free activity of priests within the former USSR. Due to “perestroika” in the late 1980s, time of relative freedom of consciousness came. Priests of the Congregation coming from the Polish, Slovakian, Irish and Slovenian Provinces returned to their work in the East. By the resolution of January 1, 2001, of the Superior General, the Vice-Province of Sts. Cyril and Methodius including six missionary communities was founded within the territories of those countries. Priests from the Polish, Slovakian, Irish and Slovenian Provinces as well as local pastors work there. The central house and the Province Office are based in Kyiv. The Higher Seminary of the Congregation of the Mission also operates there. 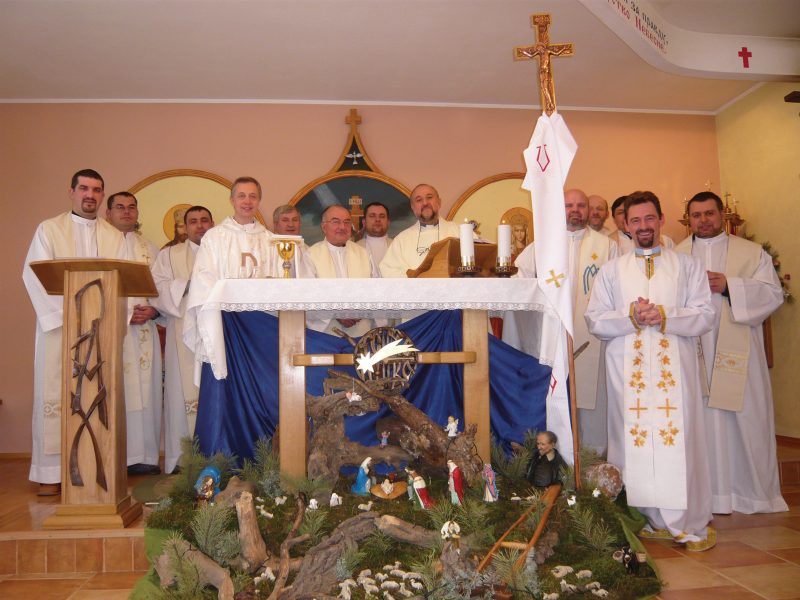 There are three parishes in Western Ukraine: in the towns of Storozhynets and Sniatyn, Bukovyna, and in Perechyn, Zakarpattia region. Three priests serve in Perechyn community. They take care of the faithful located in six towns and villages. Our confrere Milan Shashik, CM, who is the ruling bishop of Mukacheve Greek Catholic Diocese, carries out his ministry in Zakarpattia. Two priests work in Storozhynets, Bulovyna, and one our confrere works in Sniatyn. Together, they serve the faithful living in several localities. Moreover, there is Kharkiv community in Eastern Ukraine, where three priests perform their ministry. In the south, three our confreres serve in the city of Odesa. There is another community of our Vice-Province in Nizhniy Tagil, Russia. Two priests serve there who also take care of two Catholic communities in Severouralsk and Krasnoturinsk. There are four priests in Belarus, three of them serving in parishes and another one teaching in the Higher Seminary in Grodno. Five priests and four seminarians live in Kyiv community. One confrere from the Austrian Province teaches philosophy in the Higher Seminary of Kyiv-Zhytomyr Diocese in Vorzel.