The All-Ukrainian conference “Homelessness: A complex approach to solving the social issue”

The All-Ukrainian conference “Homelessness: A complex approach to solving the social issue” took place in Odesa on May 22-23, 2019. The event was organized by the All-Ukrainian Charitable Foundation “Depaul Ukraine” with support from the Ministry of Social Policy of Ukraine.

Ahead of the conference, two round tables were held in Odesa and Kharkiv, through which urgent issues and directions for discussions at the conference were highlighted.

People caring for solving problems of homeless persons arrived in Odesa from all over Ukraine on May 22. Everyone, starting from theorists and ending with practical workers, strived to unite for developing a general strategy for cooperation and lobbying changes in laws, facilitation of bureaucratic procedures   for getting civil documents, defense of rights and changes in the society’s attitude to the homeless. Among those 130 participants present, there were Yuliia Ihorivna Haidarzhy, Director General of the Directorate of Social Services and Integration of the Ministry of Social Policy of Ukraine, Olena Petrivna Kytaiska, Director of the Department of Labor and Social Policy of the Odesa City Council,  Valerii Mykolaiovych Kalivoshko, Head of the Department of Social and Moral Building Activities with Convicts at the Administration of the State Criminal Executive Office of Ukraine, Professor Nick Hardwick, Professor of Criminal Justice at the School of Law of the Royal Holloway University of London. Besides, there were still many more representatives of the Ministry of Social Policy, Ministry of Health, Probation Center, Interregional Offices for Criminal Punishment Fulfillment, Departments for Social Protection of the Population, Center for Homeless Accounting and Reintegration, public organizations. To add more, Depaul International representatives also attended the conference and became its speakers.

During those two days of proactive efforts, attendees approached and discussed a range of issues: dwelling places for the homeless, public welfare homes, getting personal ids, the healthcare reform and homeless persons, getting ready for discharge and the following adaptation, employment, socially responsible businesses, cooperation with the mass media as well as making changes in society’s treatment of the homeless.

Sometimes it seemed the conference worked without any breaks at all, since in between panel discussions the participants would exchange their experience with one another, share their contacts and tried to make use of every minute for talking to their colleagues.

Scores of participants, speakers and representatives of the press spoke of just one thing: the homeless issue really exists in our country; however, there also are those people, specialists and authorities’ representatives who are interested in solving this problem! 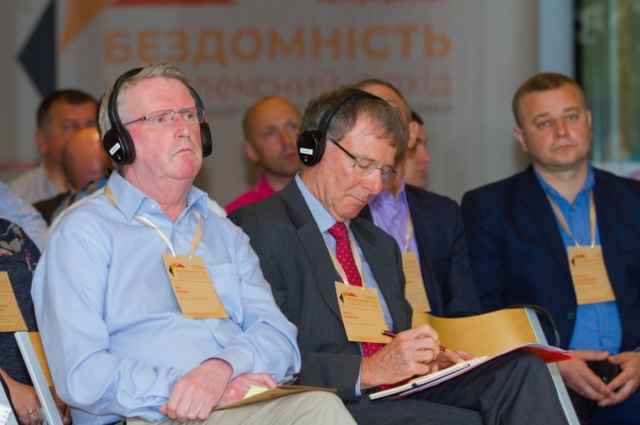 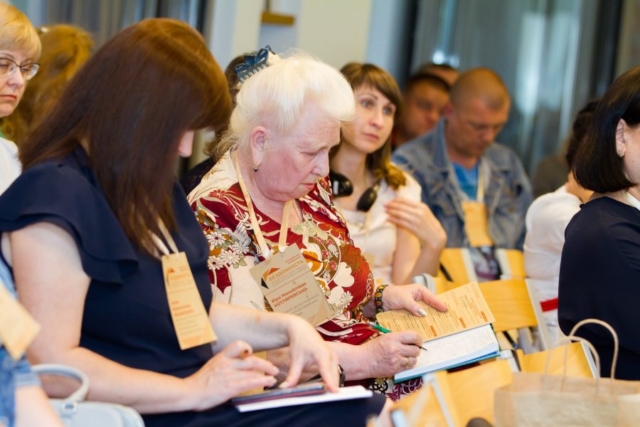 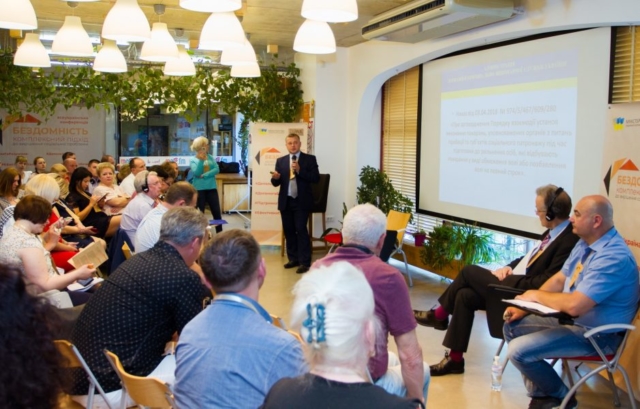 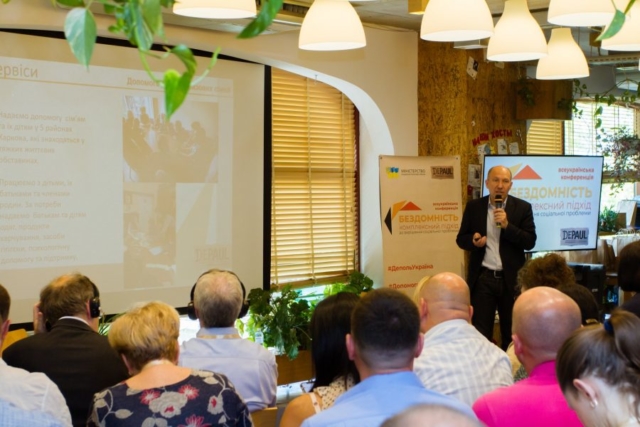 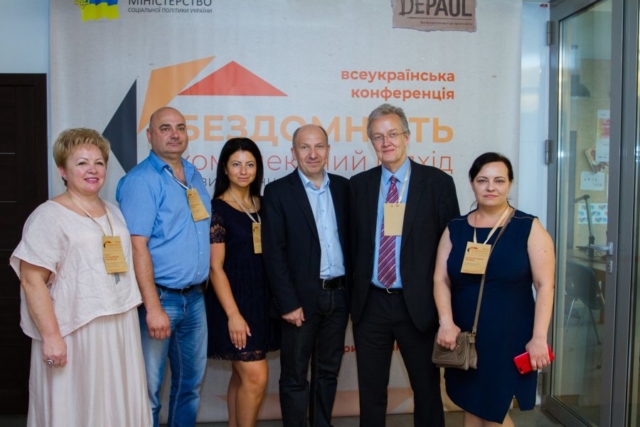 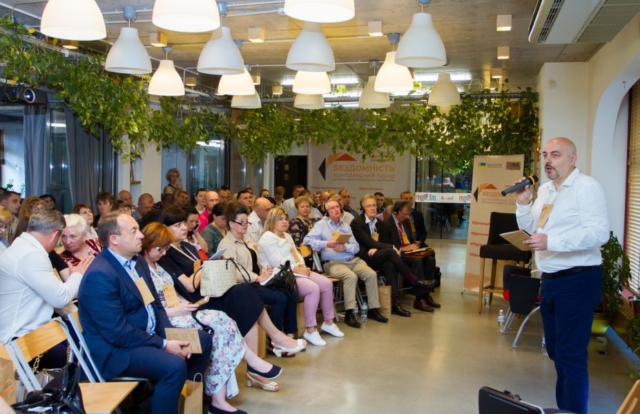 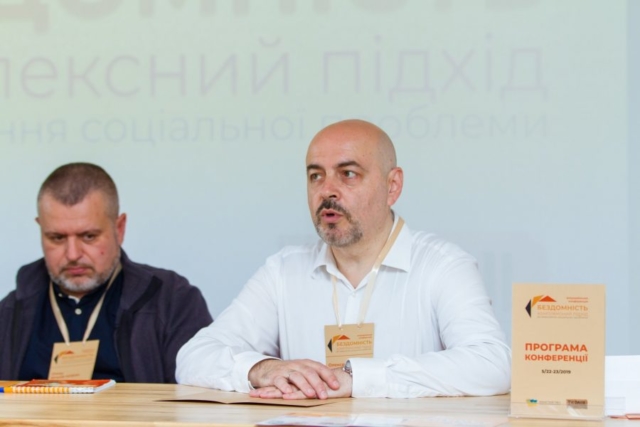 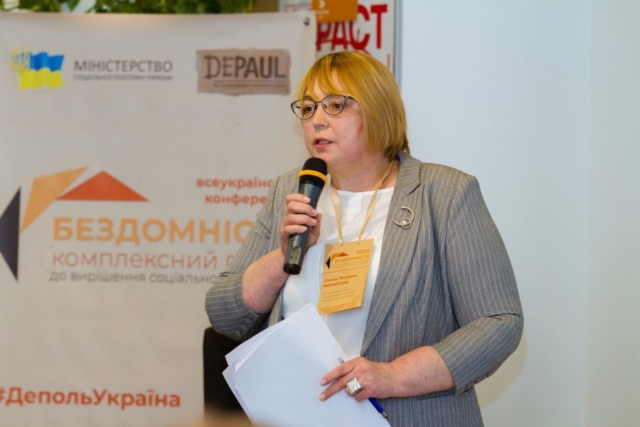 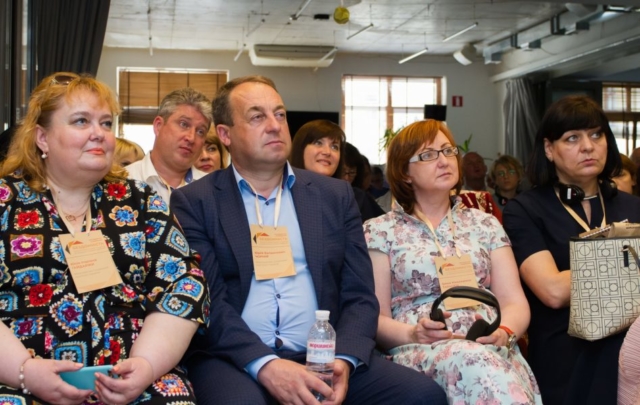 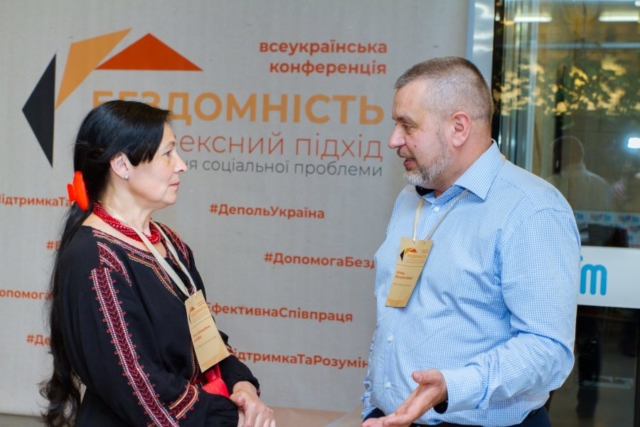