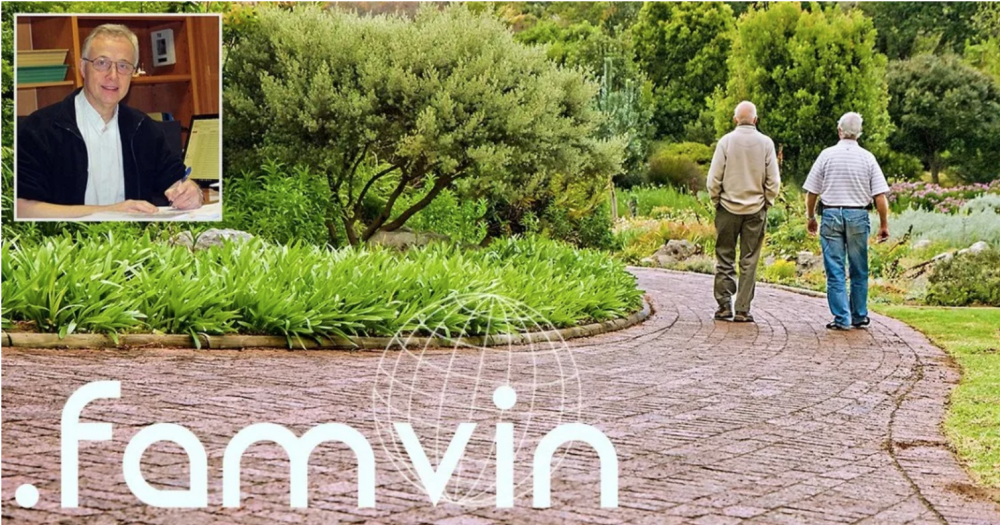 Pilgrimage to the Heart

May the grace and peace of Jesus be always with us!

As we enter the season of Lent, it is with overwhelming inner joy that we offer thanks to Jesus for this holy time of the year that helps us understand and see with the eyes of the heart His never-ending gestures of mercy toward us, toward others, toward the whole of humanity.

I invite all of us to make of this Lent a pilgrimage, a pilgrimage to the heart, to Jesus’s heart and our own. If the two hearts meet, if the two hearts are filled with the same thoughts and desires, all the acts that follow, at any given moment of our lives, will be holy acts. Jesus will fill our hearts with His presence even in the smallest areas, and our hearts will become hearts according to His heart.

The archives in the Motherhouse of the Congregation of the Mission in Paris contain two lists of conferences that Saint Vincent gave at Saint-Lazare. One, in the handwriting of René Alméras, Assistant at the Motherhouse and eventually Vincent’s successor as Superior General, covers 1656 to 1660. The other, written down by Jean Gicquel, sub-Assistant, runs from 1650 to 1660. Neither list is complete, but the dates and topics indicated for the conferences in February 1652, 1653, 1654, and early March 1655 hint that Vincent spoke with his confreres each year at the beginning of Lent. A typical listing reads this way:

Vincent himself told us that every year the members of the Tuesday Conferences spoke of using Lent well (CCD XI, 80), and, though we can find only a few allusions to Lent in his conferences to the Daughters of Charity, it is hard to imagine that he did not discuss this topic with the sisters too.

Unfortunately, not even one of Vincent’s Lenten conferences has come down to us. Scattered references appear in his letters and other writings, but most of what he said about Lent has disappeared. Mindful of Vincent’s focus on “Spending this Lent well,” we embark on a pilgrimage, a pilgrimage to the heart by reflecting on three important founts present in the Vincentian tradition and spirituality: spiritual direction, the sacrament of Reconciliation, and faith sharing.

Spiritual direction, as an aid on our life’s journey, means speaking simply and confidentially with a spiritual director about our joys and sorrows, our daily struggles, and our successes and failures. Few things are more helpful in dealing with intense feelings, concerns, and problems than a “soul friend,” who understands us and knows the pitfalls along the road on which we are walking. The struggles we experience regarding delicate matters, like sexuality, are often embarrassing, but “honest talk” with a mature director is usually the wisest first step in handling them.

Saint Vincent often spoke of the need for spiritual direction. He wrote to Sister Jeanne Lepeintre on 23 February 1650, “Spiritual direction is very useful. It is an occasion for advice in difficulties, encouragement in weariness, refuge in temptation, and strength in dejection; in a word, it is a source of well-being and consolation, if the director is truly charitable, prudent, and experienced” (CCD III, 603). Conversely, when problems remain bottled up too long, or when we attempt to deal with them in isolation, they can cause enormous personal confusion and eventually an explosion. Vincent was aware that, unfortunately, the practice of spiritual direction sometimes falls into disuse after ordination to the priesthood or the profession of vows, so he recommended it explicitly to those who came to Saint-Lazare for ordination retreats (CCD XIIIa, 159).

The goal of speaking with a spiritual guide, expressed clearly since the time of the desert fathers and mothers, is simple: purity of heart. Knowing that, Vincent recommended spiritual direction at least several times a year (cf., Common Rules of the Congregation of the Mission X, 11), especially during times of retreat or a liturgical season like Lent.

Each person and his or her spiritual director decide how often to meet for spiritual direction. Our Founder suggested at a least a few times a year. It could be every two or three months. In this regard, each of the different Congregations that belong to the Vincentian Family has its own Constitutions and Statues that speak concretely about spiritual direction and how to implement it in one’s life.

Pope Francis has placed tremendous emphasis on God’s mercy. It is the first word in his motto: Miserando atque Eligendo (which we might loosely translate as “By God’s merciful choice”). At a Sunday Angelus early in his papacy, he recommended to his listeners Cardinal Walter Kasper’s book Mercy: The Essence of the Gospel and the Key to Christian Life.

Four centuries earlier, Saint Vincent too saw mercy as the core of the Good News. He described it as “… that beautiful virtue of which it is said, ‘Mercy is the distinctive feature of God’” (CCD XI, 328).

The sacrament of Reconciliation is the celebration of God’s mercy toward each of us. It is a ritual dialogue that embodies: 1) God’s continual outreach to us in merciful forgiveness and 2) our recognition of how much we need God’s mercy. It promises peace to those who admit their sins humbly.

Speaking the truth in simplicity is essential in the sacrament of Reconciliation, just as it is in spiritual direction. We go to confession so that we might lay our sins simply before God, confident that God’s healing love comes to us through sacramental signs. The quality of our relationship with a confessor will depend largely upon the transparency with which we reveal ourselves. It is imperative, therefore, that such a relationship be characterized by free self-disclosure and by the avoidance of maintaining “hidden corners” in our lives.

Saint Vincent de Paul calls us to take part in the sacrament of Reconciliation frequently “so that we might achieve continual conversion and authenticity of vocation” (Constitutions of the Congregation of the Mission 45 § 2). In light of this encouragement, inspired by Jesus’s Spirit, I would like to invite each member of the Vincentian Family to meet Jesus personally in the sacrament of Reconciliation on a regular basis.

Many of you, or maybe most of you, do meet Jesus in the sacrament of Reconciliation at least every month or even more often. I would like to take this opportunity to urge those members of the Vincentian Family, who may not have this practice of meeting Jesus in the sacrament of Reconciliation on a regular basis, once a month, to respond to Jesus’s invitation, making it a regular part of their spiritual journey.

In Vincent’s time, practices like repetition of prayer and chapter provided members of his Family with the opportunity to share their faith frequently and to admit their faults openly. Over time, unfortunately, those practices became stylized and routine, so that, gradually, they lost the spontaneity that made them come alive.

However, faith sharing has perennial value. Through the centuries, various models of faith sharing emerged. Different spiritual fathers imparted a method or steps to help us listen to God’s Word, be open to receiving it into our hearts, and receive inspiration from the Spirit to understand what Jesus is telling us personally through a certain passage. Then, in all simplicity and humility, we share it with the group, the community. It is “holy ground” where we feel safe, not judged, not criticized, but heard, accepted as equals, as we are at that moment in our spiritual journey. In that kind of environment, in that kind of community, in those kinds of faith-sharing gatherings, we deepen our relationship with Jesus, ourselves, and others.

Vincent liked sharing to be frank and concrete. He stated:

It is a good practice to get down to particulars in humbling matters, when prudence allows us to admit them openly, because of the benefit we draw from this, overcoming our repugnance to reveal what pride might want to keep hidden. Saint Augustine himself made public the secret sins of his youth, writing a book about them so that the whole world might know all the foolishness of his errors and the excesses of his unruly conduct. And didn’t that vessel of election, Saint Paul the great Apostle, who was ravished to heaven, admit that he had persecuted the Church? He even put it in writing, so that, even until the end of time, people might know that he had been a persecutor (CCD XI, 44).

Someone begins with a prayer or a song.

Someone reads a biblical text, or a passage from Saint Vincent, or some other selection.

We keep silence for a determined time and allow God to speak to us.

Each person picks out a word or a short phrase and says it aloud prayerfully, while the others keep silence.

What touched us personally in the reading or in prayer?

Is there something we may be called to do?

We end with a prayer or a song.

Jesus is the Healer, and we are invited to become healers with our wounds according to His heart. It is possible to share our weaknesses, challenges, worries, and inner battles with a group, with the local community, when we do not feel threatened, judged, or rejected, but rather when we feel deep respect, acceptance, love, where we feel like true brothers and sisters, dear friends, helping each other on the path of life.

In our communities of consecrated life, probably our usual way of being together is at the Eucharist, daily meditation, common prayers, meals, recreation, house meetings, etc. To those different moments, I would like to invite the different Congregations of consecrated life, as well as all the lay branches of the Vincentian Family, to reflect on the possibility of introducing a faith-sharing gathering according to the method most acceptable for each Congregation or group, choosing from among the many that you yourselves know or to which you will be introduced. The method that I have included in this Lenten letter is one model.

Each individual community will be able to reflect and decide how often to organize a faith-sharing meeting: once a week, once a month, a few times a year according to the liturgical calendar, or any other schedule the community or group might choose. Many communities and groups may already practice faith sharing. I extend this invitation and encouragement to those communities and groups where this practice is not yet present.

Together we embark on a “pilgrimage to the heart.” Deeper reflection on spiritual direction, the sacrament of Reconciliation, and faith sharing and their adoption as our regular “companions” assure us that our pilgrimage will attain its objective: to unite Jesus’ heart and our own heart in order to reach the heart of all people as more effective evangelizers of the Poor.

Your brother in Saint Vincent,