Holy relics of kindest priest ever brought to Lviv

On November 30, 2019, holy relics (hallows) of St. Vincent de Paul arrived at the Church of  St. Joseph, Husband of Mary, belonging to a convent of the Congregation of the Sisters of Charity of St. Vincent and located on 11 Zalizniak Street in Lviv.

A solemn ceremony of bringing the hallows into the church took place, and the Holy Mass was celebrated by Fr. Andrii Rak. 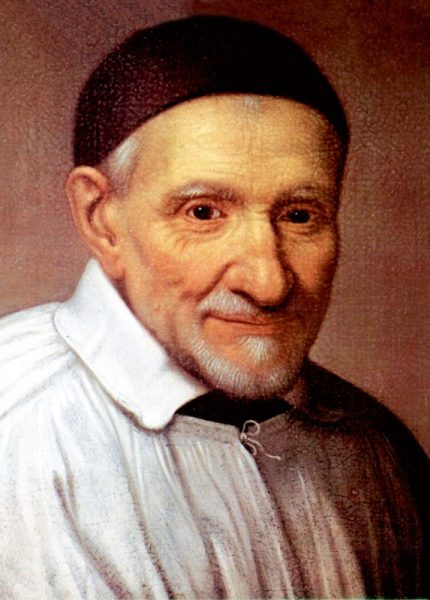 A sermon was delivered by Fr. Stanislav, superior of a community of the Fathers of the Mission in Perechyn, Zakarpattia region. In his homily, Fr. Stanislav pointed out several happenings of St. Vincent’s life that had become landmark events changing the life of that saint. One of such moments in his life was the year 1617, when priest Vincent realized works of charity needed organized actions. That year was a starting point in establishing a community of women of charity that in our days became known in the whole world as the International Associations of Charities (AIC). Later on, the Congregation of the Mission (the Vincentian Fathers) and the Daughters of Charity were founded. Pope Benedict XIII declared Vincent blessed on August 13, 1729, and Pope Clement XII canonized him on June 16, 1737. To the present day Catholic youth, St. Vincent ranks the first in the top 10 world known saints. That French priest, who had devoted his life to serving the poor, sick and the most deprived, became a symbol of charity for Christian believers in all continents. It is after him that the most of hospitals, care and nursing centers have been named, RISU reported.

These relics will be hosted in our church till the end of December. With his personal example, Vincent teaches us to be merciful to each other, and it does not matter what kind of person our neighbor is, because God is merciful to all people.

Vincent de Paul (1581-1660) became well-known as a kind person: even his opponents called him so. He took an extra vow before God – to devote his life to the poor. He founded the Congregation of the Mission (which does not involve going to Africa for missions, but rather holding longstanding retreats for the indifferent faithful right there where you are) and the Sisters of Charity. Presently, the Vincentian Family is one of the most widely spread charitable networks in the whole world uniting priests, nuns, lay people, Christians of the Eastern and Western Rites…